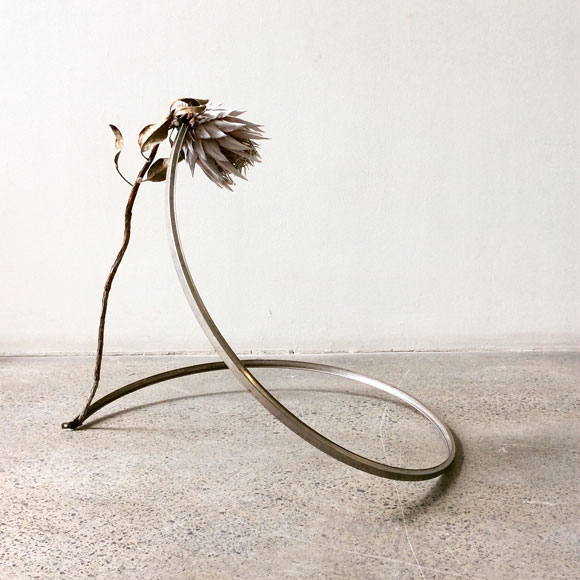 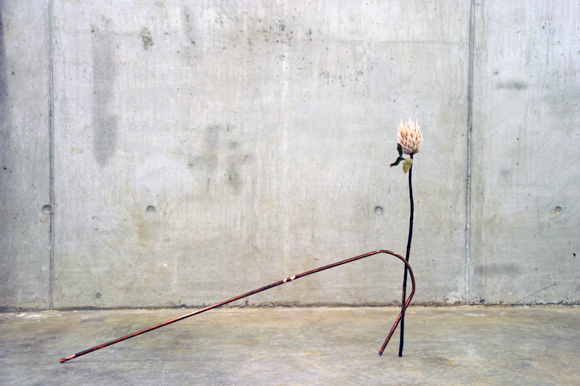 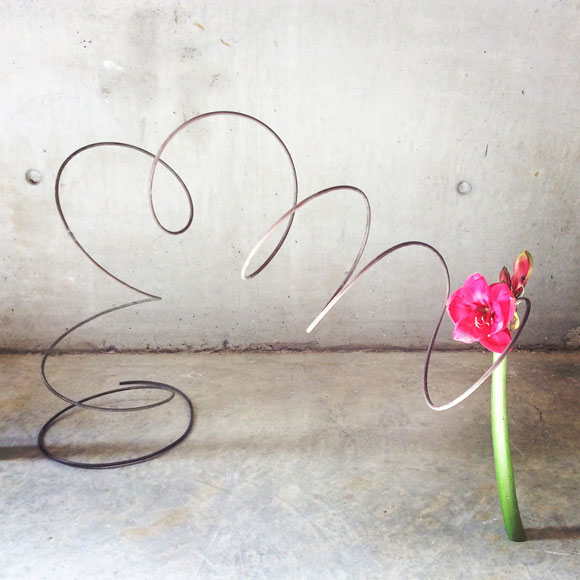 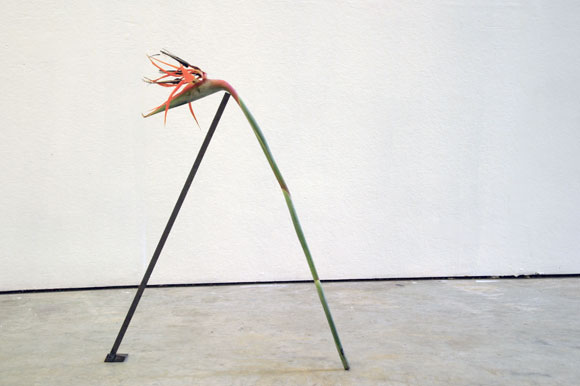 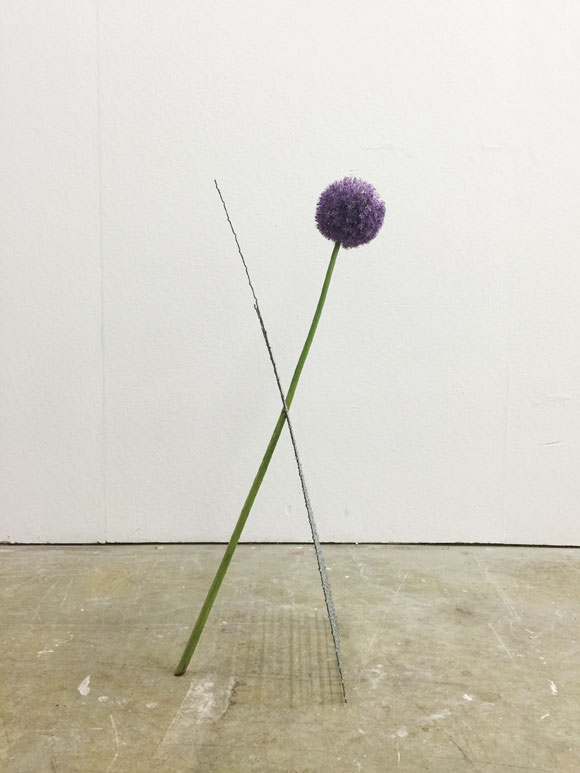 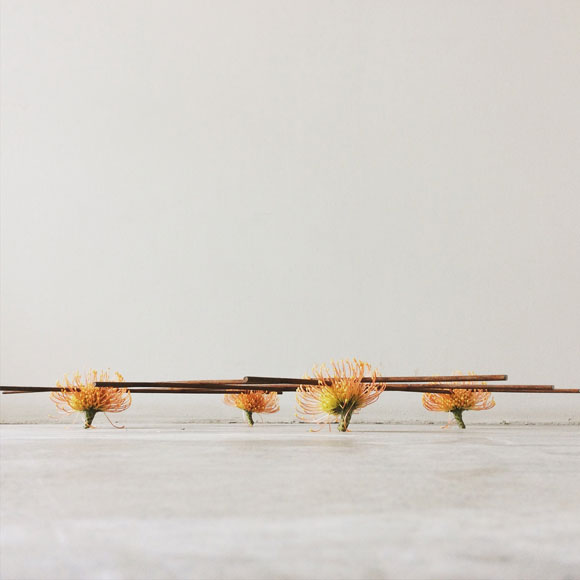 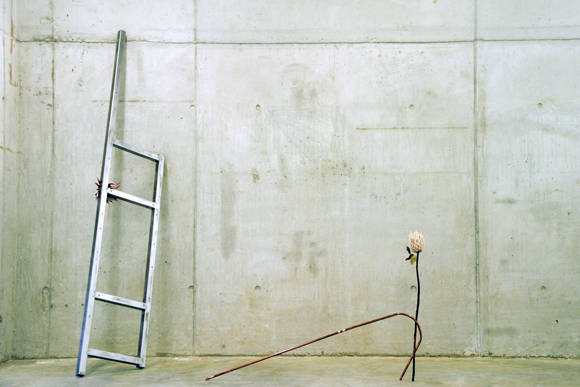 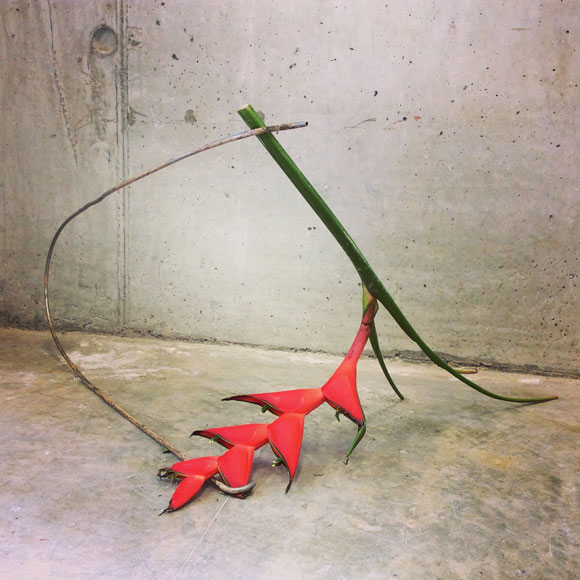 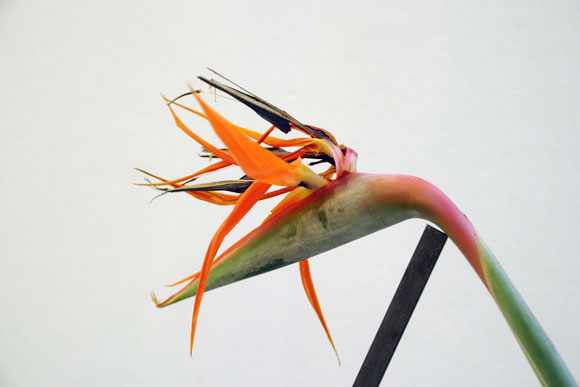 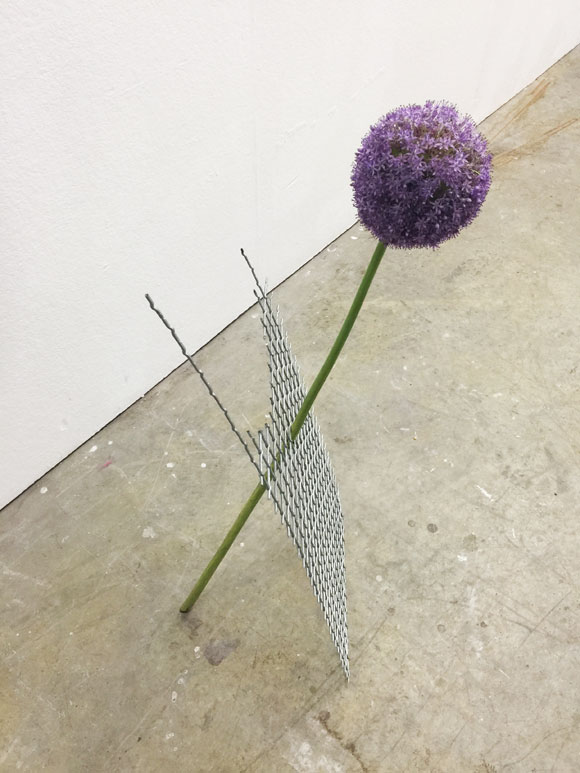 "take care of me"

My project explores the idea of thing-power, as described by Jane Bennett, through contingent relations that emerge in the assemblage of objects as support structures. The works consider the equilibrium between objects and space, exploring a balance of power that will inevitably collapse. The assemblages also refer to the ancient philosophy of yin and yang, which echoes Gilles Deleuze's idea of two complementary forces. Yin and yang describes two interdependent forces whose interaction forms a synergistically dynamic system.

Every thing has yin and yang qualities; some of the dualities considered in the assemblages include organic/inorganic, soft/hard, and temporal/persistent. The yin of the cut flowers, grown for a consumer market, are emissaries of emotion, reminders of mortality, and surrogates for words that are not spoken. The yang of the metals, manufactured as part of a whole, bear no emotional messages, but speak a language of malleability, strength, and permanence.

The forces at work in the assemblages act as materials. Gravity exists in a physical sense, but also as an entropic force as the flowers wither. Balance increases the potential of failure. Flux is revealed in the decomposition of the flowers and the resulting dynamic changes that occur in the assemblages. Spaces, or places of action or rest, reside within and outside of the works.

The works are informed by the Japanese Mono-ha artists who utilised natural and industrial materials to explore the affect arising from material assemblages and their surroundings. Mono-ha artists viewed materials as autonomous objects and created an environment for perceiving the physicality of things. My materials are always up for negotiation and this flexibility encourages new contingencies to develop while accidents, mistakes, and breaks allow for new directions to emerge. Uncertainty and contingency, while a part of my process, also exists as a material strategy in my practice, opening up a site of possibility. Change is inherent and expected.